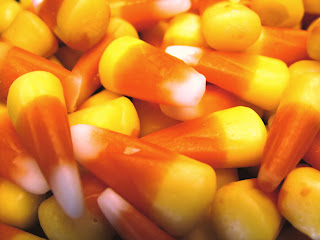 If your kids are anything like mine, they cannot wait for Trick-or-Treating tonight. Getting dressed up in their costumes and getting tons of candy!

But then comes the debate on how much candy we can let our kids eat and still be considered a “good mom” in the eyes of other moms.

Letting your child dive in and eat as much as they want is not a good idea. One year, our oldest managed to sneak his candy bag out of its hiding place and chow down. Later, his room was strewn with candy wrappers and puke. Even if you don’t have a pukefest, your child’s teacher will likely wish that the day after Halloween was a National Holiday if your child comes to school fully sugared up.

But, not letting your child have any or only letting them have one piece before you give it away might be extreme, too.

When I was growing up, we were not allowed any sugar at all. Unless you count the natural sugars found in fruit/fruit juice. My mother made everything from scratch because she wanted to make sure we were getting totally healthy, all-natural, sugar-free foods. No sugar and nothing artificial.

Yet, we were still allowed to go trick-or-treating. Because she couldn’t deny us dressing up and getting to go out like the other kids.

But, unless we were given something like raisins, we couldn’t have any of our candy.

None. Not even one piece.

My father was around. And then he’d let us have all we wanted. Because it was such a rare treat, we dove in and ate until we felt sick… and then ate some more.

Making candy be so off-limits made it all the more desirable.

Now, I’m not going to let my own kids have a crazy sugar-fest where they can eat all they want. But, they can have a few pieces each day for a few days- after which, they will have either forgotten the candy is there or will assume that they ate it all.

A few pieces for a few days is not going to hurt them. And because they know they can have some, it won’t seem like such a forbidden temptation.

Well, except that they can’t have any Reeses peanut butter cups: those are for me and Hubs to fight over.

What do you do with your child/children’s Halloween candy?

Superhero Cape Giveaway from Babypop Designs
Pour Your Heart Out: How Many Glasses Is Too Many?