Okay, “give” is not exactly the correct way to phrase it. More like: when you have a pair of scissors somewhere in your house and you have NO CLUE how your preschooler managed to find them….

Last Friday, Bear(4) and Cub(2) gave each other haircuts.  They were in their playroom and I mistakenly thought that they were playing with their TOYS.

Oh, no. They were giving each other haircuts. And I did not discover this until I told them it was time to go get Monkey(6) from kindergarten and Cub handed me a big chunk of hair. With an adorable grin on his face. He was oh-so-proud.

Because we’re almost always running out the door at the last minute to go get Monkey, I did not have time to inspect the damage.  I sat in the pick-up line, trying NOT to look at them in the rearview mirror. Instead I tweeted about the disaster that just happened. What? That pick-up doesn’t move!

Once home, I inspected the damage and tried not to cry. My boys were going to need serious haircuts.

Saturday rolls around and Hubs and I talk about getting the boys haircuts. In the afternoon, after I get to take a nap. Mama needed a nap.

We get to the kiddie haircut place and the boys are playing with the germ-infested train table when I notice that there are now chunks missing out of Monkey’s hair.

“We made ‘Bear’s’ hair salon upstairs in our room and he cut my hair today.”

So, that makes three little boys who need all their long, thick hair cut off. 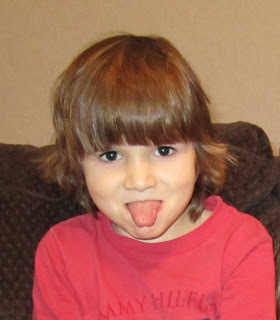 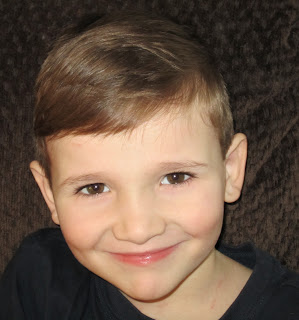 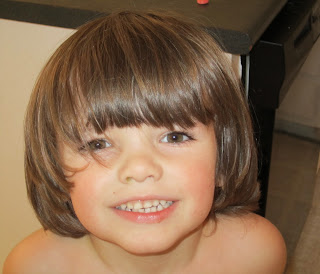 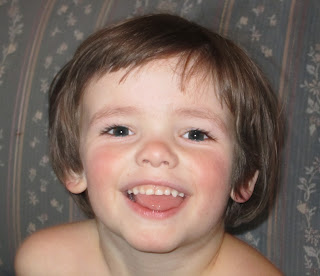 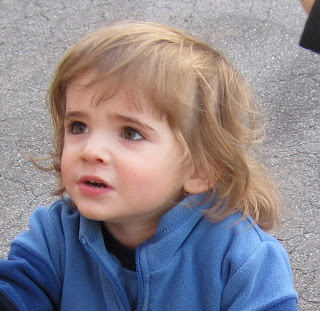 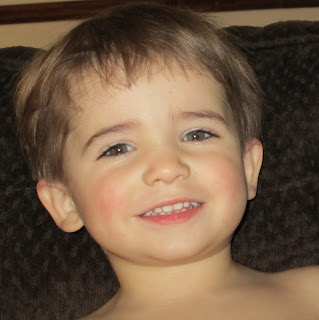 That’s it! No more scissors in our house! Apparently, putting them up where my boys “can’t” get them is not enough. If they cut any more hair at this point, they are going to be bald.

Guess it’s just a parent’s rite of passage. Have your children done this?

Heart of Haiti
Pour Your Heart Out