A wine glass in one hand and a soccer ball under the other arm: oh yes, I can relate to this week’s featured blogger! Meet Kerry Ann from Vinobaby’s Voice. 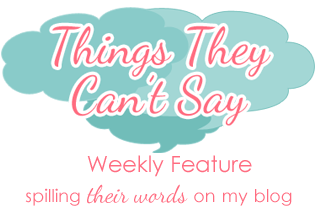 I am scared to death of kids’ birthday parties. Attending them is bad enough. I cringe thinking about having to smile and make small talk with strangers while trapped by dozens of screaming munchkins in Chuck E. Cheese or bounce house world purgatory.

But what is worse is having to host one.

I am the embodiment of the anti-Martha Stewart;  I was born missing the gene essential for throwing  parties. Whether it is a specific link of hostess DNA, lack of social savvy, or maybe I just have a low threshold for tolerating dozens of children running around with pinata sticks while on a sugar high — the thought of planning and executing my own Kiddo’s birthday party nearly gives me a panic attack.

This year I had an easy out. Legoland, my son’s wildest fantasy come true, opens a week after his birthday.  Yes, I will gladly drive an hour and a half each way, cough up the cash for the three of us to go get in, and be a part of the opening weekend madness instead of hosing a party. No question.

So why am I so terrified of throwing my own kid’s birthday party?

My mom gave me a birthday party each year until I was about eight or nine — but they were little shin-digs, a bunch of neighborhood buddies kicking it up in our backyard sandbox or pool.  Parents dropped off kids back then.  A homemade cake and ice cream, a jug of apple juice, maybe a bag of chips and the buffet was complete. We were thrilled to get special plates and cake in the middle of the afternoon. We were basically caged in the back yard running wild, playing Marco Polo in the pool with maybe a game of pin the tail on the donkey or penny drop. And we had a blast.

Now birthday parties are a competitive sport. And I have always sucked at sports.

You have to rent bounce houses or water slides or ultimate video game buses. Princess and pirates are hired to stroll through the party, painting faces and handing toddlers swords or tiaras. Photographers snap the scenes for photo books and immediate broadcast across the social media streams (and if it is REALLY good, it may even end up on Pinterest).  Dress codes are often mandatory; come in your fairy gown or as your favorite superhero or you may as well not come at all (so parents have to buy costumes or risk being the object of ridicule).

Parents must stay the entire time for social hour, gossiping and grazing on the lavish buffet offered to impress them while their kids complain about the food (because they are all picky eaters now, right?).

I just can’t get into this scene.

First off, I am far to cheap frugal (shh, it’s in style now). I cannot afford to host one of these fancy-schmancy fetes. I bake the birthday cake each year — yes, I try to decorate it in a way which will make Kiddo swoon, but it’s hardly a professionally decorated masterpiece. My cakes are lopsided, from a box, but full of (hours worth of) love.

And in real life, I am really kind of shy.  What if I threw a party and no one came?  That is one of my biggest fears. Am I passing it down to my child?  Remarkably, he did not inherit any of my shyness. He is friendly, popular, and seems to be a pretty cool kid. But what if the other kid’s parents knew I was a terrible hostess and no one showed up? I couldn’t bear to see my Kiddo’s little heart break.

I  gave in and threw him a big party for his 5th birthday.  I rented a pavilion at a local park, bought a ginormous Costco cake and a pinata, and carefully ordered proper goodie bag treats. I invited tons of his friends from playgroup and preschool.

I was in over my head.

The festivities almost ended in the E.R. before the party began. The “Daddies” decided it would be fun to race down the massively steep hill in our wagon and ran over the Birthday Boy. He was okay, and my Mom was able preserve me screaming at the Big Boys on video for posterity. Then the kids didn’t want to do any of the games I so painstakingly planned and a couple of them went at the pinata a little to over-zealously and we had tears and ice packs.

A mom I had never met before saved my behind by helping cut and dish out the cake to the hungry monstersmasses.  Rarely had I ever felt so out of my element. There is a reason I am not a party planner or a teacher: hoards of hyper kids absolutely terrify me.

Kiddo had a great time. But I will never do it again.

Does that make me a bad parent?It’s just a small family get together for us this year and hopefully an amazing day at Legoland.

Maybe next year we can do a slumber party for a friend or two. I can handle that, right?

Pour Your Heart Out: A Frightening Parenting Moment
What Doing a Detox Taught Me